Providing the very best in engineering while working collaboratively with our clients, ensures we meet their needs in the best way possible – quickly, efficiently and on budget. This way of working has set us in good stead since the early 1970s. The fashions may have changed but our standards never falter. 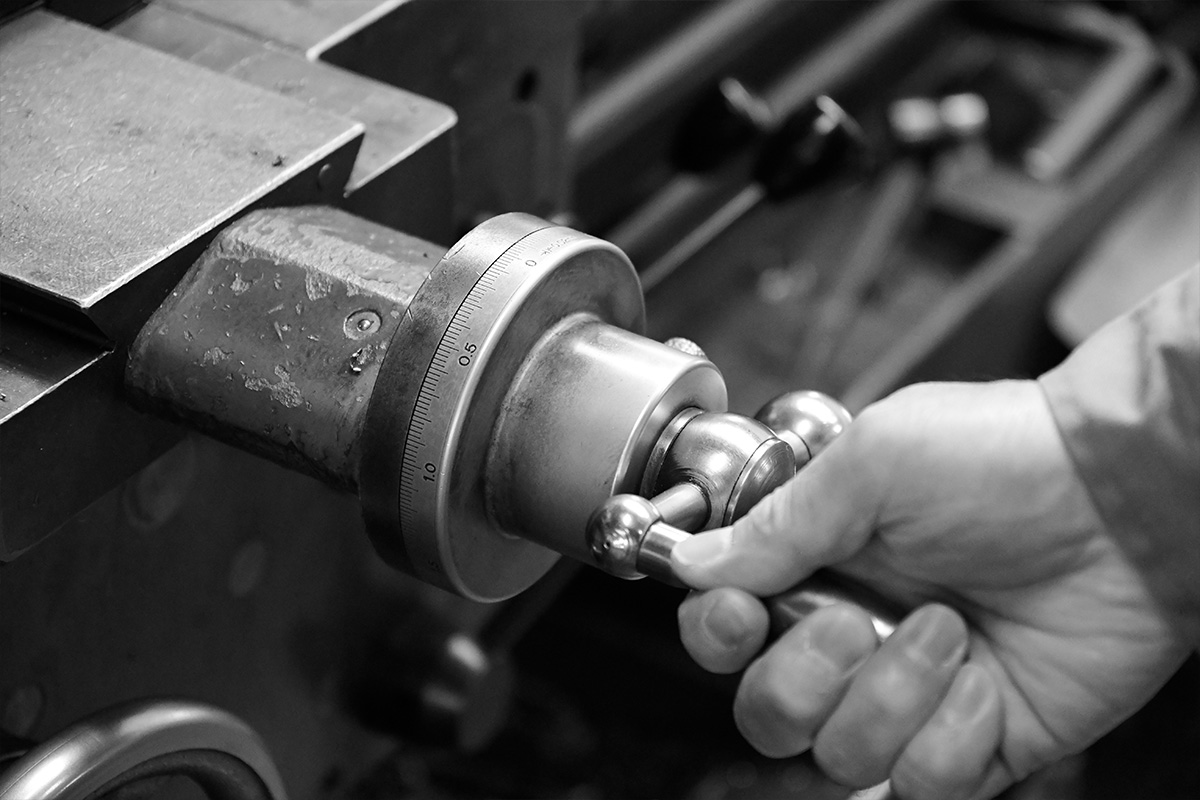 Originally known as Northern Tooling Reclamation, Ken Sutcliffe created a business based on his expertise in tooling. Having enjoyed many years of manufacturing experience, Ken saw the benefit of recycling and refurbishing tools long before the current trend for ecology and environmental issues.

Based here in Wetherby, Ken developed the team and skills over the years and became the go-to company for all things Tooling. A great foundation for the well-respected and admired business that we know today. 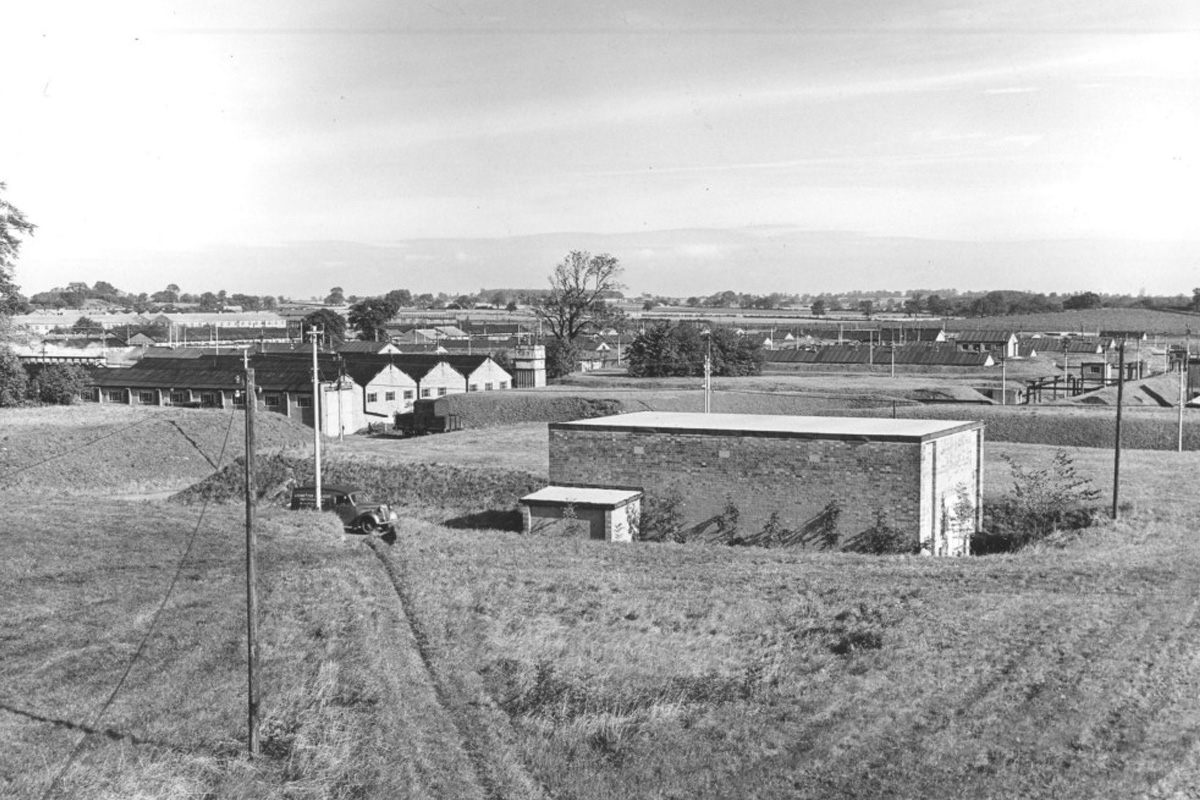 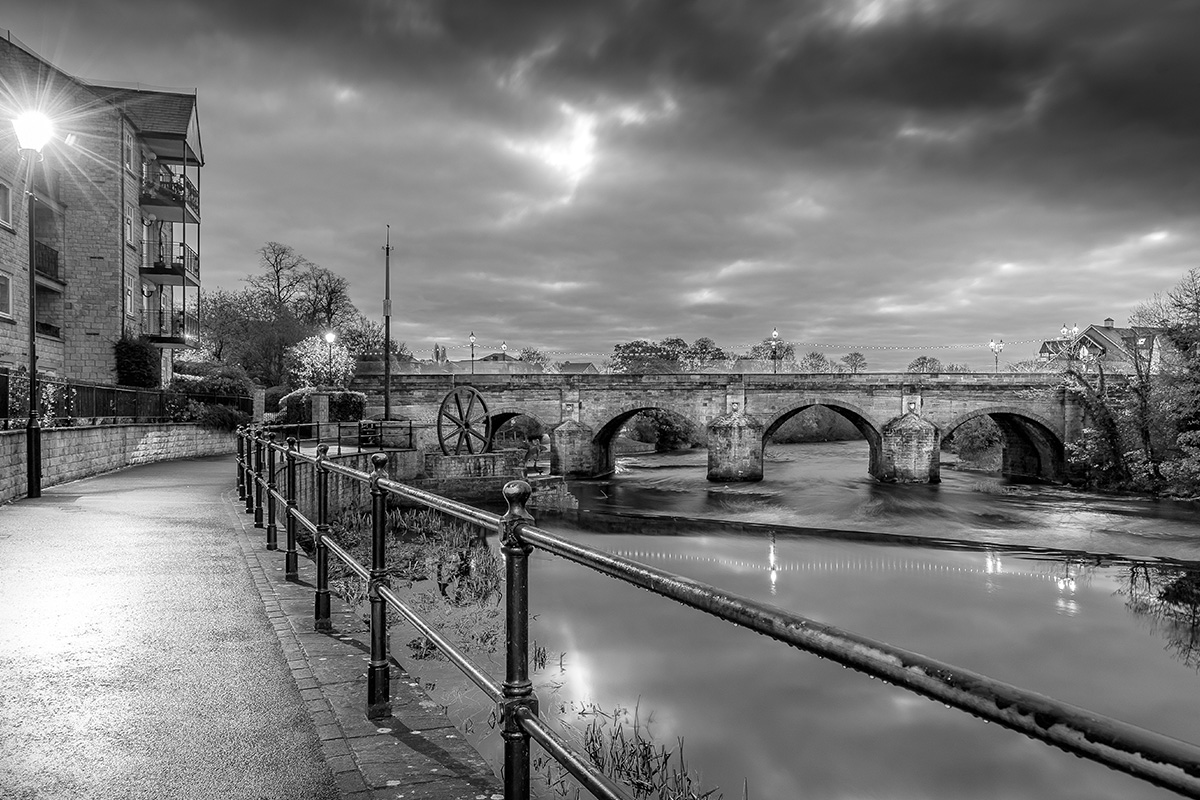 Continued growth at NTR has meant a change of location for the team. The building is ideally suited to NTR’s engineering needs and with the addition of a mezzanine and office space is proving to be a popular choice with the team.

“We really had grown out of the old place, so to suddenly have more space on the shop floor we feel like we’ve gone from a workshop to a full factory facility. Being able to arrange the machines and storage in this configuration means we are increasing efficiencies and it’s a really great place to work!” 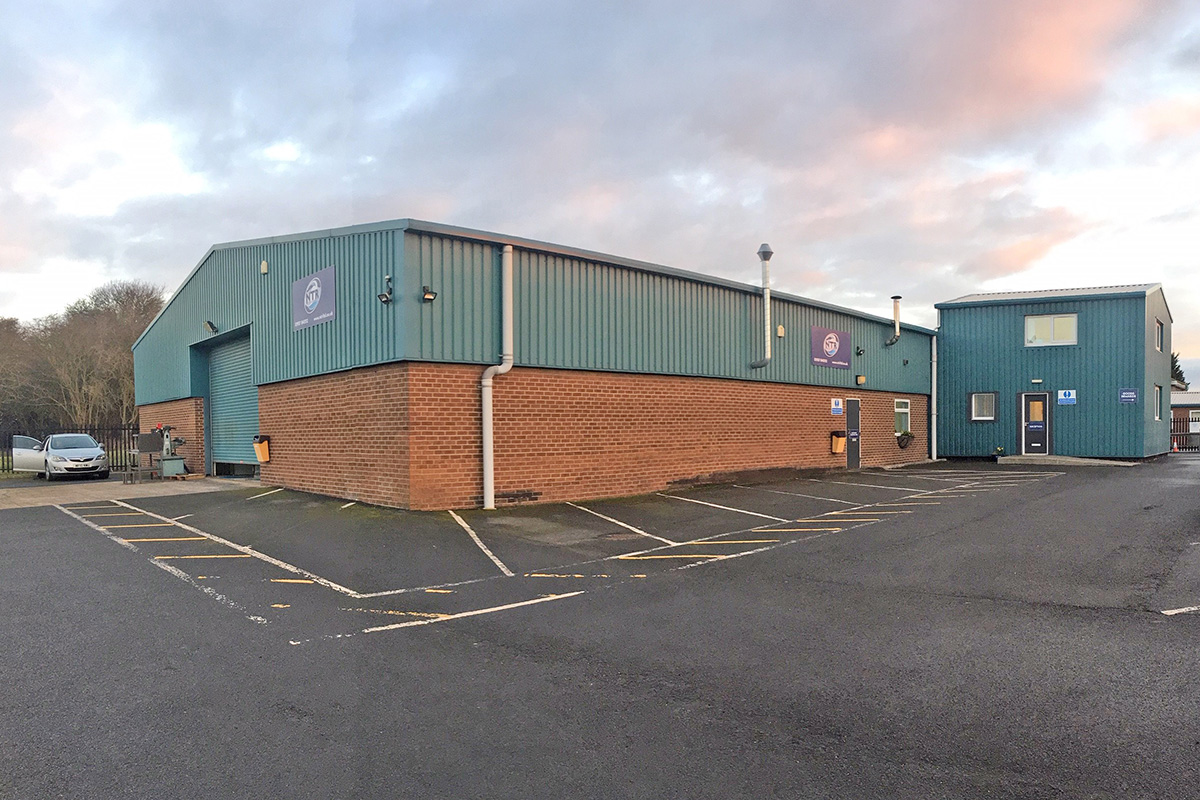 First granted in 2010, NTR have been accredited for the ISO 9001 quality management system certification. The international standard is part of the ISO 9000 family of quality standards and is one of the most well known. Used by over a million companies, this standard is recognised the world over.

ISO 9001:2015 is the most recent version of the 9001 standard (as revised in 2015) and continues to regulate and standardise a business’s systems to ensure customer’s needs are met. 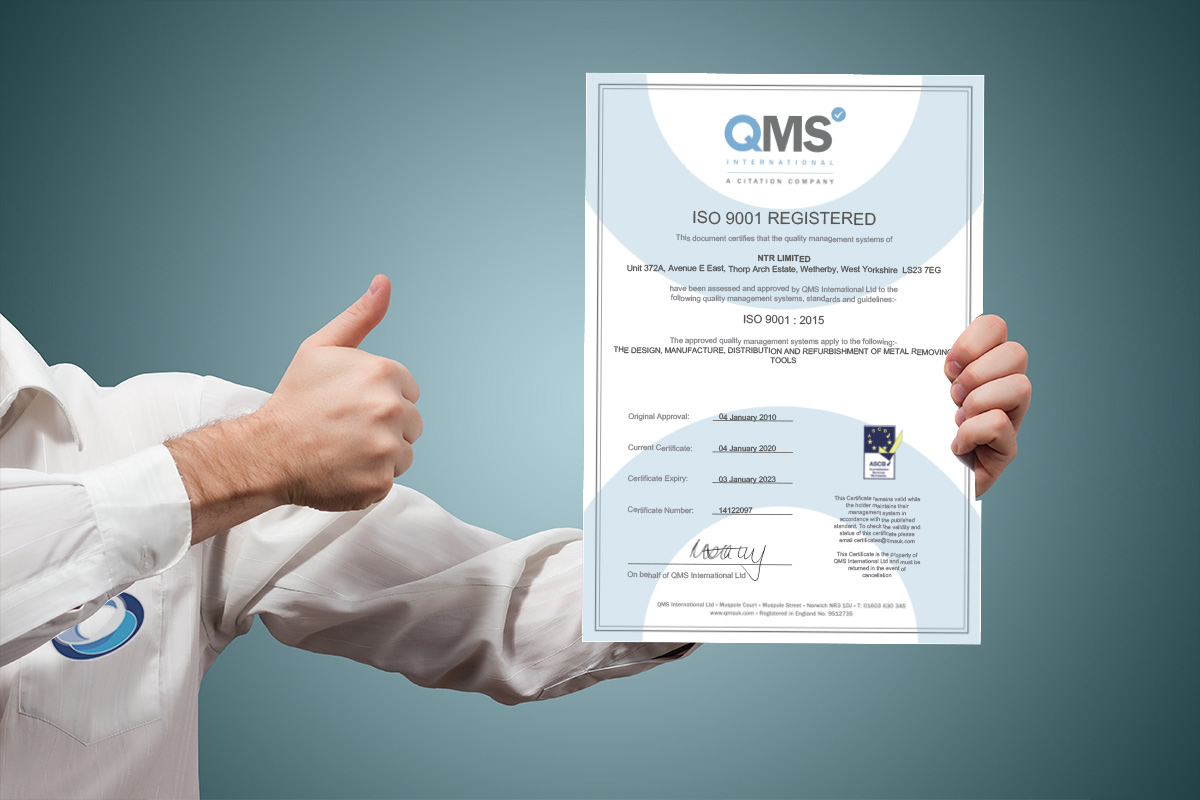 With customers in the Nuclear and Defence sectors in it was inevitable that we would need to be FIT4NUCLEAR! The quality teams at NTR have worked hard to achieve this critical industry standard and to ensure that these standards are rolled out.

F4N was developed by the Nuclear AMRC with the support of its top tier partners, including nuclear new build developers and the Nuclear Decommissioning Authority. These industry leaders recognise NTR Ltd as a suitable business for the nuclear sector supply chain. 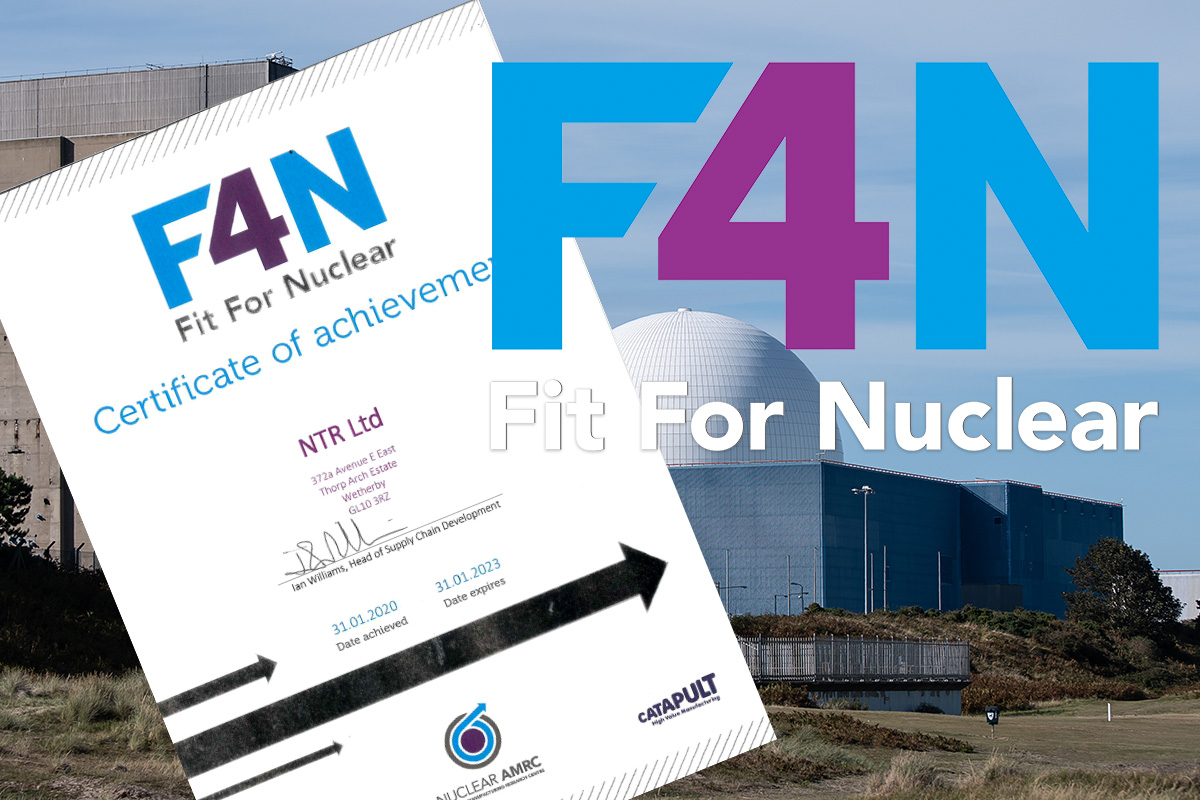 A new start for NTR with new ownership from a group of Yorkshire-based entrepreneurs who have guarantee the jobs of 21 employees. Aiming to grow and invest in the business, the new owners are positive about the future of NTR.

The Board consists of Martin Allison, Graeme Allison, Mike Shotton and Chris Weeds. Each of the board members brings their own expertise from business, industry and finance, setting the company in good stead for the future.

Martin Allison with a background in finance has taken the role of Chairman whilst Chris Weeds has many years working in manufacturing and has taken the CEO role. 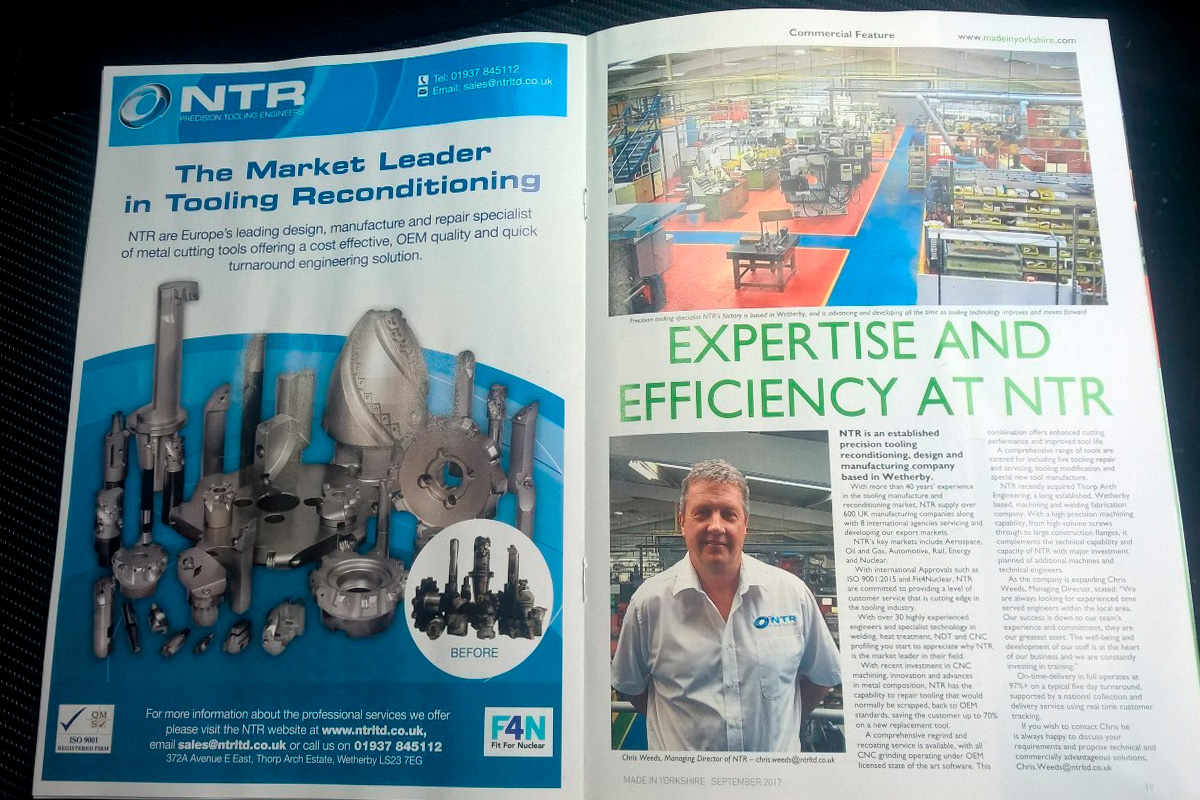 As part of the Board’s strategy for growth and customer retention, local firm TAE has now been purchased and joined the NTR engineering group. Specialising in precision engineering and manufacture, the TAE bring a wealth of knowledge to the wider group.

With a mix of contemporary machinery from programmable CNC Hurco machines through to traditional heritage hand-operated lathes, the TAE facility located less than 0.5 miles from NTR is a great addition to the group’s engineering capability. 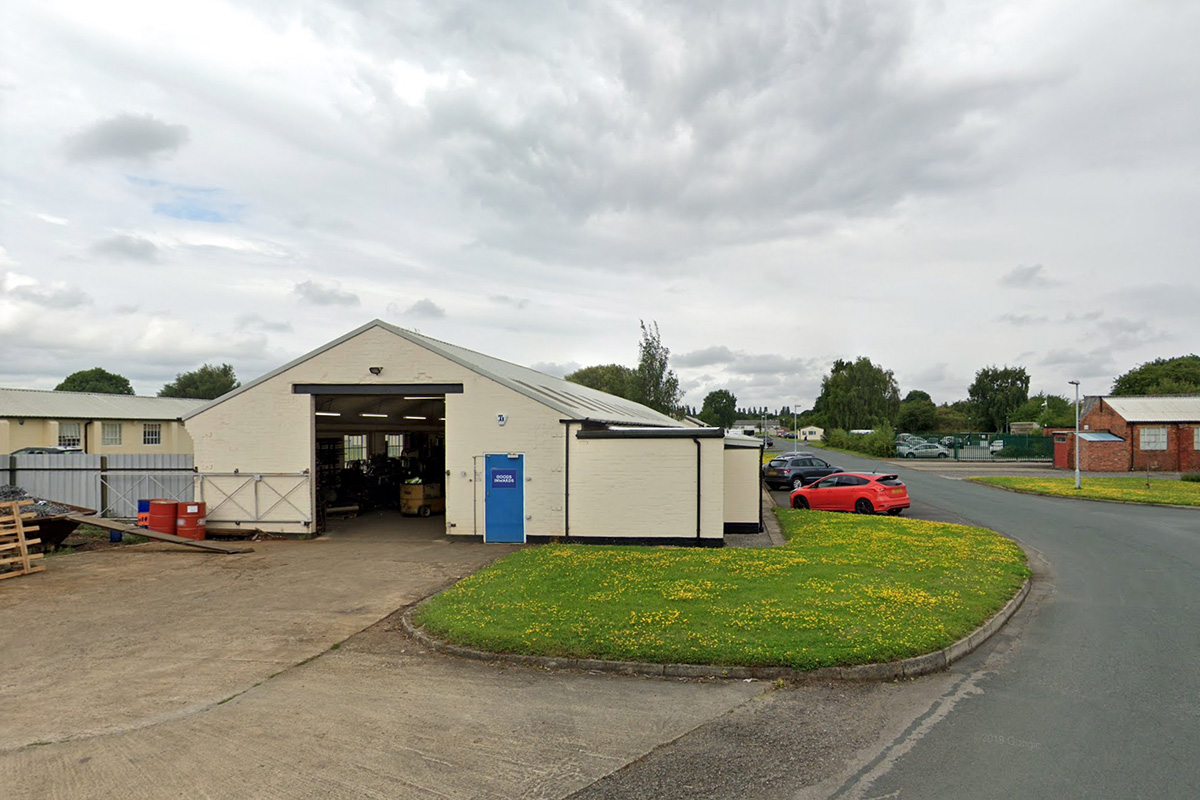 Mike Shotton one of our four Board members has taken on another great challenge with Yorkshire Carnegie Regby Union Club. At the boardroom table rather than on the pitch, Mike is hoping to take the team to the top of the division. 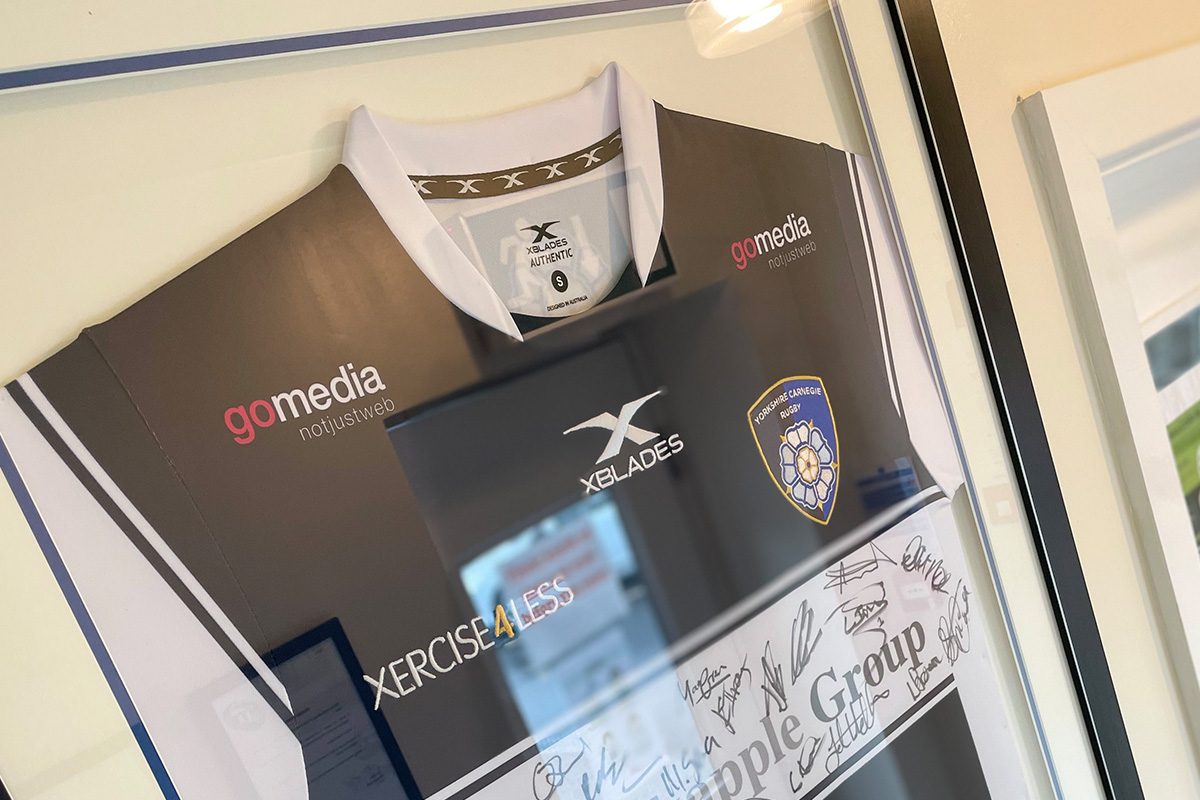 The Sheffield tool repair company Numill has been rescued from administration by NTR – saving jobs and adding skills to the NTR team. Established in 1969, Numill is known for it’s tooling refurbishment capabilities.

Numill, based on Balaclava Road in Sheffield, had been in financial difficulties for some time and had been a well-respected, competitor of NTR. When notice of administration had been posted, NTR rushed to work out a strategy that would secure jobs and turnaround the company’s future.

Chris Weeds, NTR CEO said, ” It was an easy decision to take on Numill as part of the NTR Group because we were aware of their skills and expertise. The Numill team are a great bunch and we are already working out a solid plan to increase profitability and continue for another 40 years at least!” 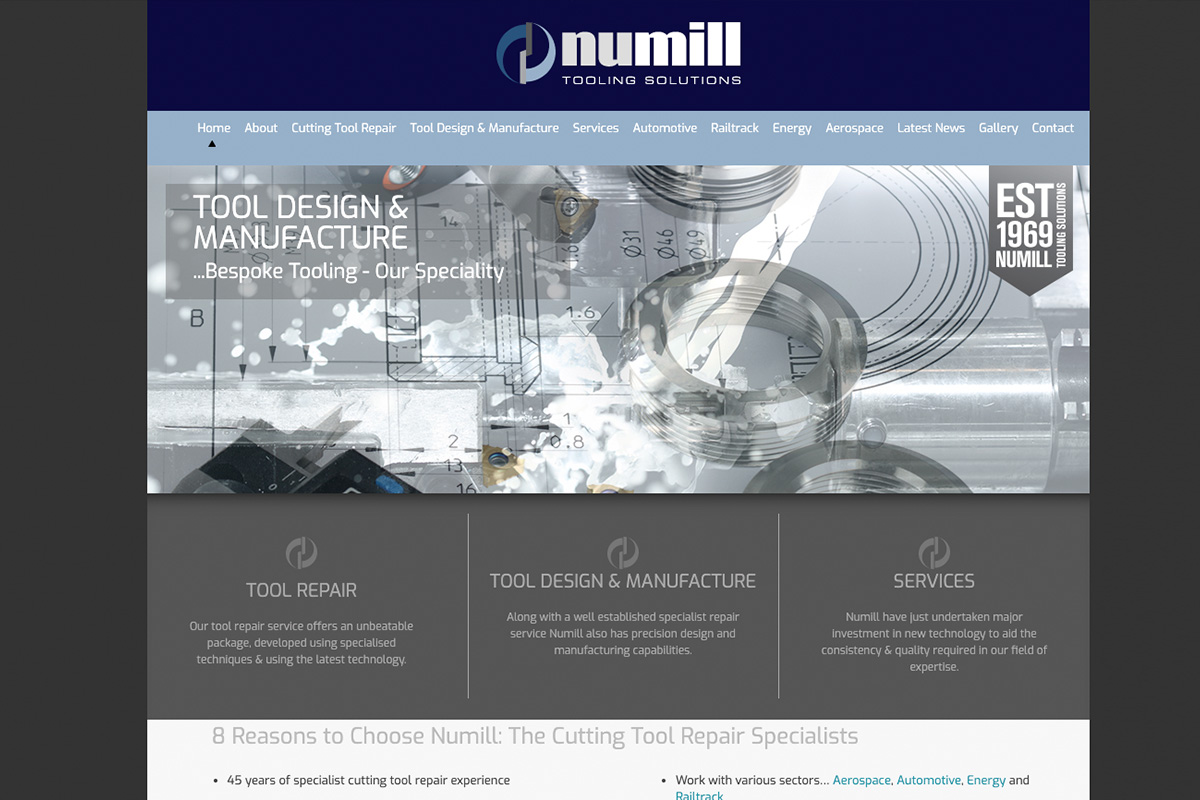 NTR’s drive to add more skills to the team has culminated in the recruitment of Engineering Manager, Mick Sykes. An engineer with many years working in tooling manufacture with a specialism in CAD/CAM programming and design.

With over 40 years experience in engineering, Mick started his apprenticeship for the Ministry of Defence in Leeds. This gave him an excellent grounding in hands-on engineering – milling, grinding, fitting and allowed him to develop his skills using Computer Aided Design.

His interest in using IT to create complex tooling thrived with his CAD/CAM training and the rest as they say is history. Welcome on board, Mick! 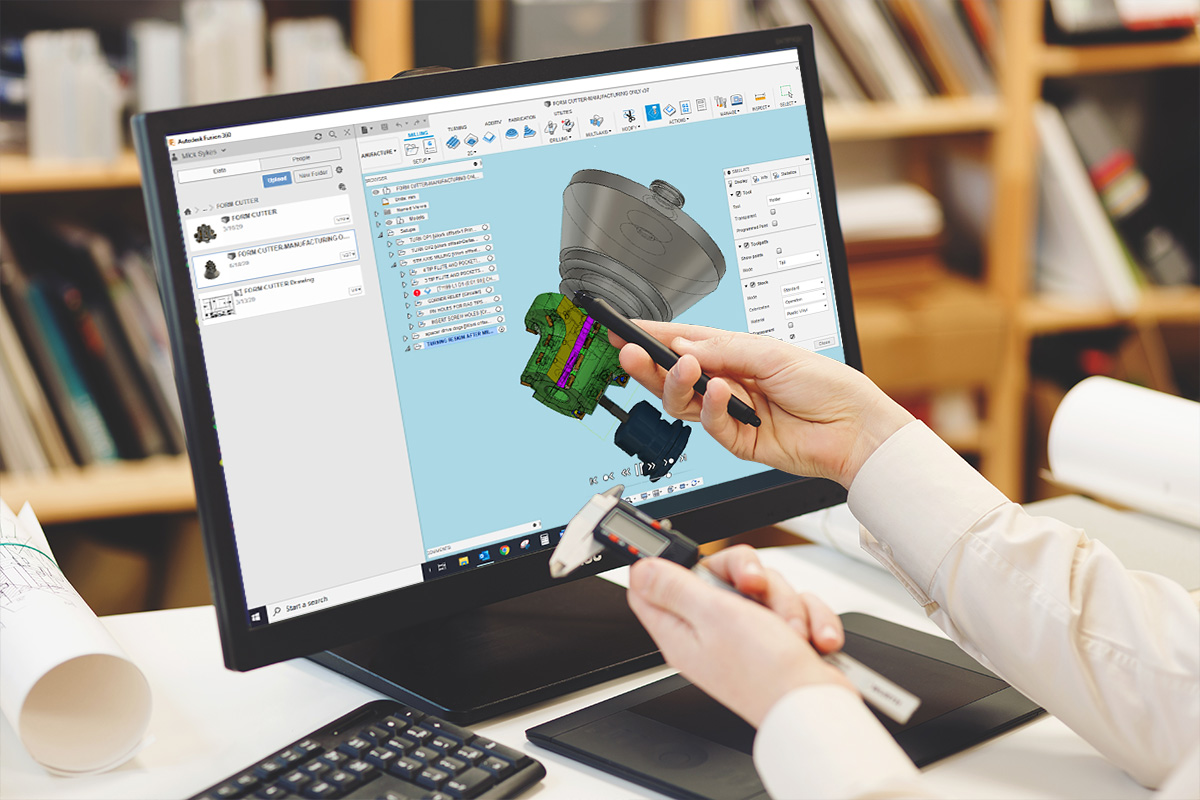 The perfect storm of a global pandemic and the decision to leave the European Union has meant a difficult time for many businesses across the UK. NTR however has remained buoyant and with careful management and strategic decisions has weathered the storm.

COVID-19 restrictions were put into place quickly in both NTR locations, including supplies of PPE and creating safe environments in which to work. The furlough scheme meant that remaining staff were able to work with social distancing in mind.

Changes to trading with the EU have also passed by with little difficulty. Planning and working out new ways of working with international couriers and new Customs requirements have been effectively negotiated. 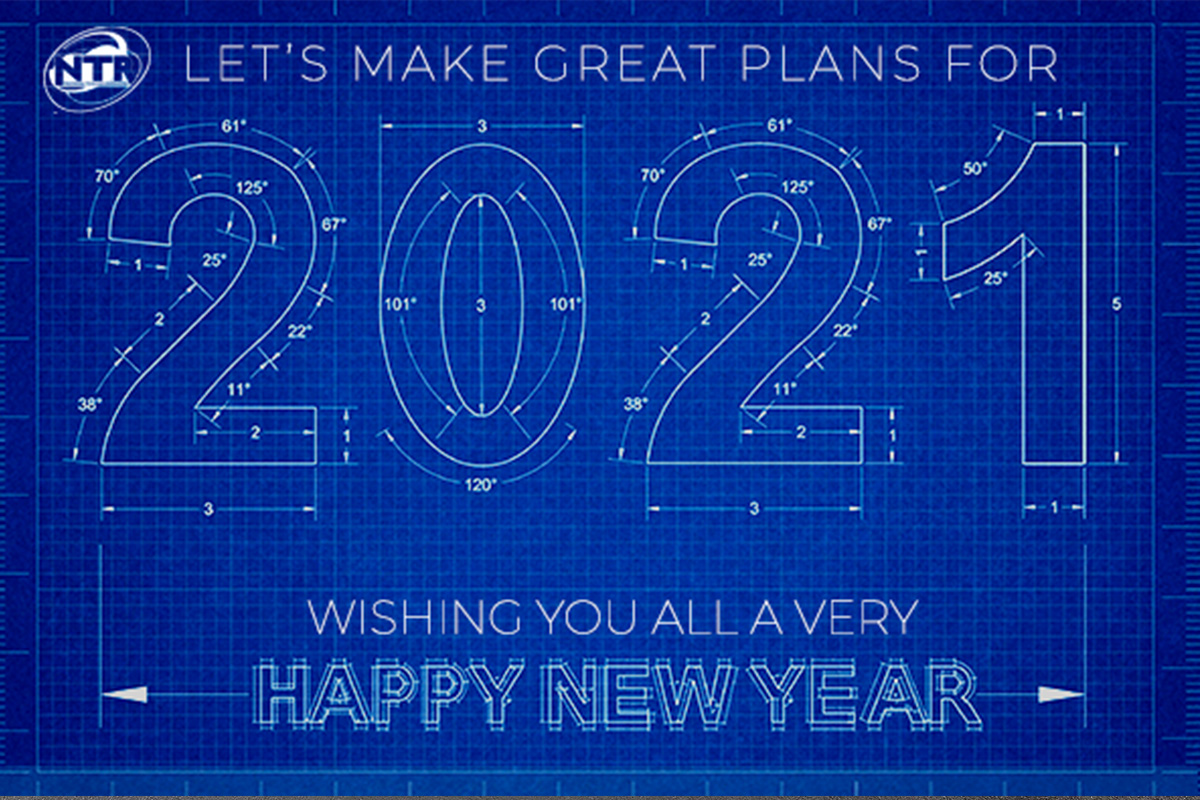 As part of NTR’s investment in the future, 2021 saw the recruitment of two Graduate Apprentices to the company.

Emily Ball has a background and degree in Sports Development and has chosen an entirely new line of work. A keen swimmer and martial arts student, Emily has quickly become integral within NTR’s production and planning team. Although engineering is a new sector for Emily, she has quickly got to grips with tooling types and factory scheduling. Emily is working towards a qualification in…

Charlotte Foster joins us from a career in administration and hospitality and is now working with Customer Services Manager, Caroline Richardson. Joining with a degree in Media from Sunderland University, Charlotte is already assisting customers in the UK and Europe. Her customer service experience in previous roles has proved essential for customer liaison. Charlotte is working towards a qualification in… 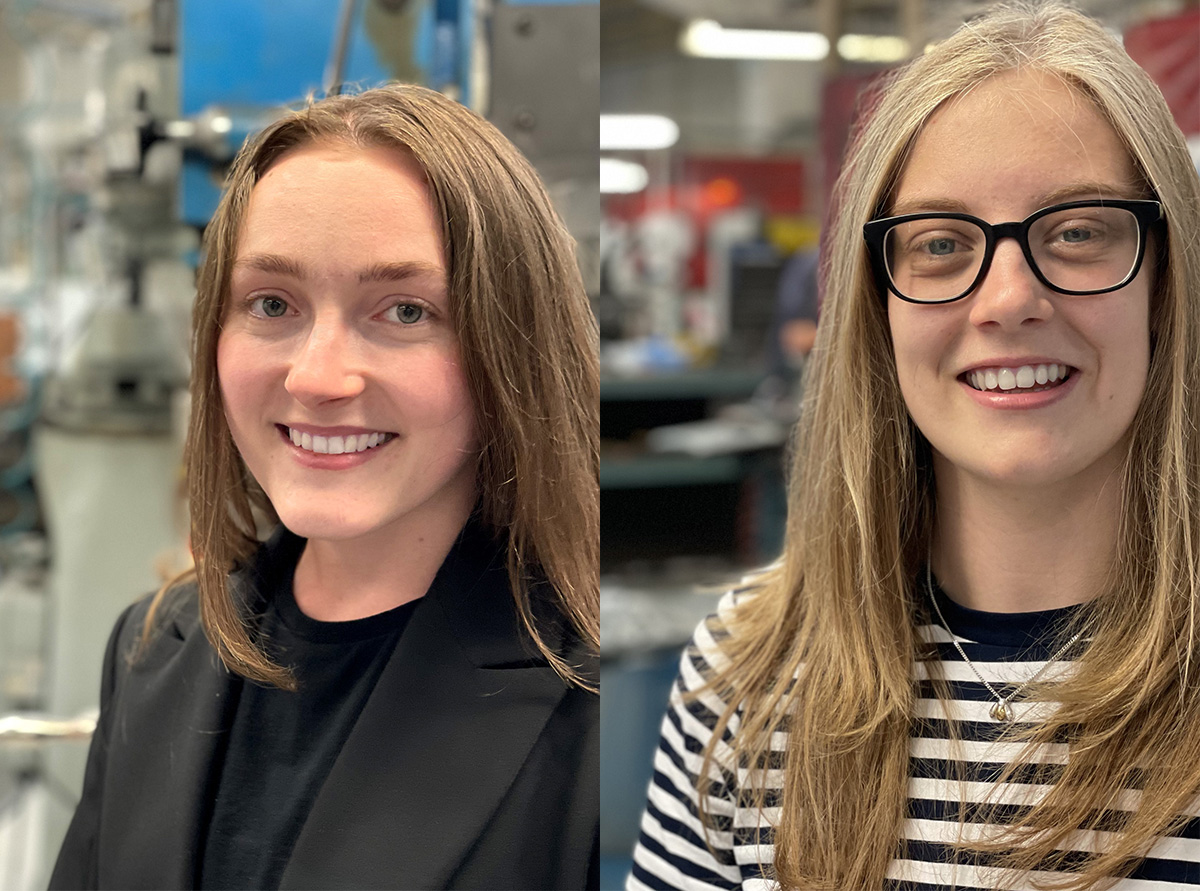